If you’re anything like me having a shortage of ideas is never going to be a problem. In fact, for most people the exact opposite is true. Ideas are in abundance, there are so many new ideas flying around that it’s hard to decide which one to land first. At any one time there are typically more ideas in process than make it through to delivery. And the other thing with ideas is, they don’t stop coming! There’s always a new one popping up to join in, the more ideas you have, the more you seem to generate.

So, let’s talk about landing some of them.

This doesn’t mean stop having new ideas, that’s impossible! However, it’s important to prioritize a few key ones so you can narrow your focus and move them into delivery. Start by getting all of the ideas that are currently flying around in your head out of your head and into a journal or online planning tool. I use a Trello board to capture mine. Just spit them all out, the big ideas and the small ones, this first phase is just about getting it all out of your head. Next step is to put them into priority order, so go through your list and rank your ideas in terms of importance. Next, take the top three and these become your ideas in progress and where your time and energy should be focused. Build goals and timescales around each one and then start to form your delivery plan. It’s important that you just work on these ideas right through to completion. If you get any new ideas popping up in the time you’re working on these ones, just add them to your ideas journal or backlog in priority order. Then when you complete and land one of your ‘in progress’ ideas you can add another one into the mix to work on. Note that I’ve suggested three here and that should be a maximum. Depending on the size of the idea, it may be that you just work on one, it all depends on the scope of work involved and what you can reasonably focus on at one time. The goal here is to improve productivity through reducing multi-tasking.

This is a delicate balance. I always float my ideas before I land them to make sure I’m delivering something people will want, need, and support, so some feedback is useful. Also, if I’m working on something that I haven’t done before I will absolutely speak to someone who has been there and done it so I can learn from their experiences. However, my idea is mine and not theirs and I will implement and deliver it in a way that is totally unique to me. Therefore, if someone tells me something can’t be done I don’t let it stop me. I just note that their perception is that it couldn’t be done in the way that they would have done it. I won’t do it that same way. So, I listen to get insight and feedback which helps me evolve and shape my thinking. If someone tells me the odds of success are low, I look for ways to improve those odds. I don’t allow any negative perceptions or obstructive comments to get in my way because it’s important to have confidence in yourself and back your own ideas if you’re going to have any chance of landing them. Nothing great was ever delivered by someone who put less than 100% into backing their own idea. If you’re not committed to it, you won’t deliver it, as simple as that.

At some point, you’re going to encounter ‘The meh’ so be vigilant so you can stop it in its tracks. The meh is that creeping sense of apathy that encourages to you lie on the sofa and watch TV for another hour. It’s the voice that tells you you’re too tired to go to the gym and then suggests you stop off for a burger on the way home instead. It’s the thing that keeps you browsing the internet for hours on end. It keeps you looking at cat pictures and dogs on skateboards. It keeps you re-tweeting images of what someone else ate for breakfast. It keeps you busy googling for info on what happened to the cast of this year’s Love Island, what are they wearing and where are they buying it. We all get it…sometimes. So, in order to land your ideas you need to kick the meh in the ass and the first step is knowing when you have it and calling it out. Tell someone you’ve got the meh! Tell them what you’re going to do about it because doing that makes you more accountable for your actions. Someone might follow up with you and ask you what you’re doing about it so best get moving. Ask someone to check in with you to make sure you’ve kicked the meh. Then plan in advance to avoid it creeping back in. If you’re going to the gym, prep your kit in advance so it’s just a case of picking up the bag. The meh likes delay and hesitation so give it action instead, give it motion because it hates it. More than anything, don’t waste time on the meh because it’s not worth it. Focus your energy and attention on delivering your three ‘in-flight’ ideas and getting them landed so you can start a new one instead.

It doesn’t matter how experienced you are, how confident you are or how great your ideas are, at some point you’re going to get a knock back and this is all part of the process. When it happens, I want you to think like Rocky! By this I mean, if you get knocked down, get back up again and keep on getting up. If you genuinely back and believe in your idea don’t let anything stop you, leave it all in the ring as a fighter would say. You’ve got one shot here so go for it and have the confidence to see it through. Fighters talk about having heart, that’s the thing that makes or breaks them, it’s the thing that makes them get back up when they get knocked down and it can’t be taught. You can teach technique and skill but ‘heart’ is a different matter, it’s like trying to teach someone to be passionate about something. You can’t teach that either, it’s either in you or it isn’t in relation to the thing you’re working on. My advice is that if you don’t have ‘heart’ or passion for your idea, if someone could knock you down and you’d be happy to give up and lie there, you’re working on the wrong idea. Ditch it and go after one you feel you would fight for. This leads perfectly to…

Sometimes it happens where you have an idea and everything runs smoothly from idea definition through to implementation. Sometimes that does happen (but not often). So, you need to be prepared to learn fast from your failures and keep going. Figure out what happened and why and then go again, re-plan, re-focus and go again! Again, if you back your idea and if you have heart and passion for what you’re doing this is easy. Keep trying because you never know which attempt will be the one that works, it could well be the next one. Don’t be the person who walks out on the band just before they get their big break. I’ve seen occasions where people have had a great idea and been through a couple of attempts to implement it only to get knocked back each time. They give up. Then someone else comes along and hit’s the big time with pretty much the exact same idea. If you believe in it and back it you owe it to yourself to go after it with everything you have. Learn, re-focus, re-learn, adapt and then GO AGAIN!

Perception of time and resources

It’s easy to assume that you don’t have time or that you don’t have access to the resources you need to implement your ideas. Be aware that this voice might just be ‘the meh’ encouraging you to have another hot chocolate and sit back down on the sofa. I can tell you now that you do, you have everything you need right now to get started with landing your ideas. The fact that you have prioritized a specific idea means that you have set an intent, you have a clear interest in it which means you have all you need right now to take the first step. You don’t need to, and won’t be able to do everything for yourself so don’t try to, and don’t be so hard on yourself. Part of accessing the right resources is about building a network that you can draw on to help. Know where to find enough information to move you one step forwards. Being informed and passionate about something and then talking about it leads to action. When you can sell your idea to other people, they will help you, then resources and keys to finding the next steps will follow. People ask me how I find the time to do everything. For me it’s more like the time finds me but it feels that way because I don’t compromise on the things I’m involved in or that I work on. I do work I love with people who inspire and energize me. When you do that, it doesn’t feel like you need to find time, somehow it finds you, it’s just there.

If you’ve followed all of the above you should already be at a point where you’re feeling pretty good about landing your idea. However, and this links back to the ‘listen to other people / don’t listen to other people’ point, sometimes people get blocked by a belief that they need permission to proceed. Now I understand that in some circumstances and scenarios it may be true that you need permission but don’t be afraid to test that belief. What you will never need is permission to have and develop and idea, you can shape this much in the same way that you would if you were developing a business plan. So go ahead and take as many steps as you feel comfortable with, then, test the assumption you have made about permission. Just ask the question. Talk to the person who you believe you need the permission from and test if it’s true. Then if it is true, make sure you understand the reasons why. In most cases you will find that the person you’ve been waiting for to give you the go-ahead is actually yourself.

So, give yourself permission to do this. Be bold, pursue your ideas with heart and passion. Choose a maximum of three to work on at any given time and let’s start getting them landed. 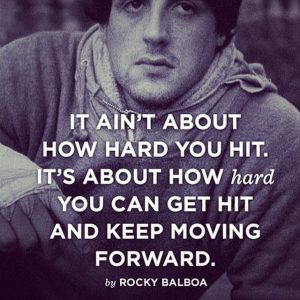 Or send us a message below, we’d love to hear from you.